After a watching a youtube video where a guy retouched up a portrait using layers on Photoshop I decided to give it a go myself on one of my old landscape shots. 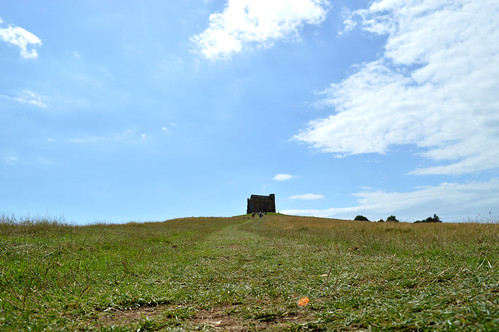 Above is the start image, taken just after I bought my camera while I was walking with some friends. At this point I was using auto but the F/9 aperture gave me a shallow enough depth of field to keep the foreground sharp and slowly blur out the castle. I was lying down on my front when I took it and probably looked quite odd to passer bys. I like the image as I edited it here because there is a bit of contrast in the grass while the clouds maintain their detail.  I attempted to boost the contrast but just ended up with the highlights in the clouds being blown out completely losing their lovely texture. 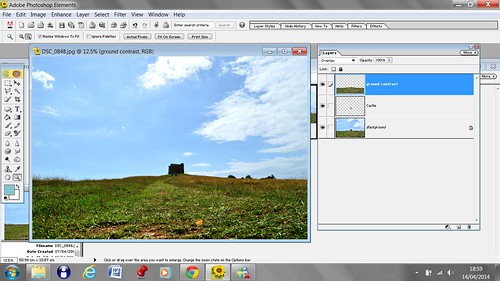 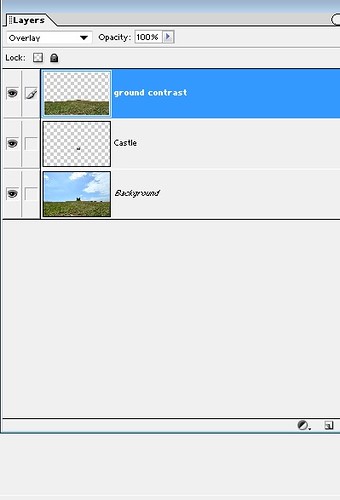 So to get the effect I wanted I used 2 layers, One for the foreground and one for the castle/ church. On these layers I erased everything except for the part I wanted to edit. By boosting the contrast in the foreground and getting a sensible amount of contrast and detail to the church I got the image I wanted. I set all of the blending modes to overlay so you could see the changes through the other layers. I left the sky how it was and ended up with the image below. I only used a very old version of Adobe Photoshop that I’ve had forever but I could still do this, proves you have to work with what you have I guess. 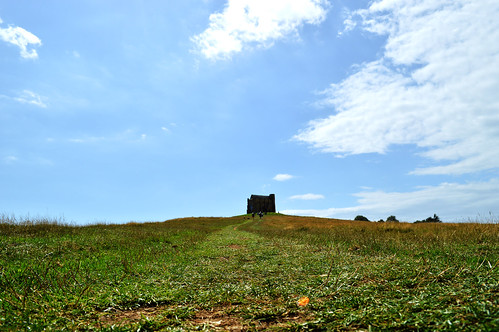 I know it still needs work but i’ve only just got going with layers. Hopefully you can give this a go in some of your images and i’m off to try on some others.